If you live in England and Wales and are planning building works, it is important that you are aware of the Party Wall Act and how it may apply to your development. The Party Wall Act applies to common renovation projects including loft conversions, extensions and basement conversions and you should be aware if it impacts your project and seek an agreement from your impacted neighbour(s).

We catch up with James McAllister, Chartered Surveyor and Director of The Party Wall Consultancy, who answers all of our questions about the Party Wall Act.

What is the Party Wall Act?

The Party Wall etc. Act 1996 (“the Act”) is a piece of legislation applicable in England and Wales.  It requires that anyone wishing to undertake certain ‘notifiable’ works must firstly serve notice on their neighbour (“the Adjoining Owner”) of their intention to undertake such works.  The Adjoining Owner may then chose to either consent or dissent to the notice.  If they dissent, or fail to respond within 14 days (known as a “deemed dissent”) then a “dispute” arises under the Act.  This can then only be resolved by the parties appointing a Party Wall Surveyor to resolve the dispute by way of an “Award”.  Both parties can either jointly appoint a single ‘Agreed Surveyor’, or each appoint their own, in which case the two appointed surveyors will select a ‘Third Surveyor’ as an adjudicator in the event they cannot agree on a matter before them.

The Act therefore regularises the undertaking of notifiable works so that such works cannot be lawfully undertaken without the Adjoining Owner being aware of them.

What type of property does the Party Wall Act impact and what are the most common types of renovation work that need agreement?

The Act applies to all properties throughout England & Wales with certain limited exceptions set out in section 18 of the Act.  The range of ‘notifiable’ work covered by the Act includes works to raise, lower, thicken, cut in to, repair or demolish and rebuild a party wall; to excavate land within 3 or 6 metres of a structure owned by an Adjoining Owner and to a lower depth than the foundations of the Adjoining Owner’s structure and works to build a new wall at or astride the boundary (known as ‘the line of junction’).

How do I know if my wall is a party wall?

A party wall is defined in section 20 of the Act as a wall forming part of a building which stands on the lands of different owners to a greater extent than projecting foundations.  In other words, a wall that sits partly on one owner’s land and partly on the other thereby dividing the two properties i.e. semi-detached or terraced houses.  This is known as a ‘type A’ party wall.  A ‘type B’ party wall is where the wall dividing two properties in different ownership sits entirely on one owner’s land, but has been enclosed upon or had use made of it by the other owner.  In this situation, only the area of wall in which use is made by the owner whose land it does not sit on is ‘party’; the rest of the wall belongs entirely to the owner whose land it sits on.

How much does it cost to obtain a party wall agreement?

This will depend on how many surveyors are appointed and what their charge out rates are, together with the complexity of the notifiable works and the wider project.  Fees also vary geographically but, generally, a Party Wall Surveyor’s Award fee will range from £500-£3,000 excluding VAT and disbursements.

When in the building process should I obtain a party wall agreement and does it impact planning permission?

The requirement to comply with the Act is separate from planning and building regulations approval and the notifiability of a project under the Act will not impact the planning permission decision process.  The notice periods under the Act range from one month for excavation works and works to build a wall at/astride the line of junction to two months for works to a party wall.  It can also take anything from a few weeks to a few months for the surveyors to finalise their Award.

Since the notifiable works cannot be commenced until the Award is served (where the Adjoining Owner has dissented to notice), it is essential that the party wall process is considered early in the planning stages of the project.

What do I need to do to serve notice to my neighbours?

Building Owners can serve their own notice which can be found on the internet, but to ensure the notices are legally valid, which will avoid a later delay where re-service is required, it is advisable to appoint an experienced and suitably qualified Party Wall Surveyor to complete this task.

What do I do if my neighbour refuses the party wall agreement?

An Adjoining Owner cannot object to or prevent the notifiable works being undertaken per se, but is entitled to ‘dissent’ which will trigger the dispute process and appointment of surveyors culminating in an Award.  Many Adjoining Owners dissent because they want an Award to protect their interests and give them a legally enforceable document if they later suffer damage or loss.

How long does it take to obtain agreement from my neighbours and what documentation do I get?

An Adjoining Owner has 14 days to respond to a notice or it will default to a dissent and the dispute process will begin.  The exception to this being notice regarding the construction of a boundary wall at the line of junction where no response is required.  In this situation a dispute is not automatically triggered in the event consent is not received from the Adjoining Owner within 14 days.

What if I don't serve notice?

Anything else I need to consider regarding the Party Wall Act?

It is important to budget for the party wall process within any construction project just in case the Adjoining Owner(s) dissent to the notice(s).  In instances where there are several Adjoining Owners to be notified, the professional costs can rise exponentially and should be factored in to the project budget accordingly. 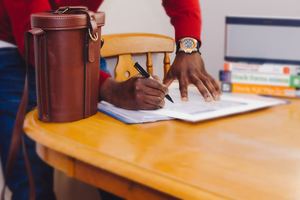